The Masks We Wear

Identity in the 21st Century

Since the beginning of COVID-19, wearing a mask (or not), often signaled a certain political attitude towards the Pandemic and its rules. Social media has also created a kaleidoscope of identities that people view each other through. Twitter, Facebook, LinkedIn, Instagram, Clubhouse, TikTok, SnapChat, etc. all are windows into personas and identities that are heavily crafted, or not… deeply personal… or completely anonymous.

All are a reflection of some seed of consciousness behind each avatar.

The term Metaverse was coined in the 1992 science fiction novel, Snow Crash, by Neal Stephenson.

Through the use of electronic mirrors inside the computer, this beam is made to sweep back and forth across the lenses of Hiro’s goggles, in much the same way as the electron beam in a television paints the inner surface of the eponymous Tube. The resulting image hands in space in front of Hiro’s view of Reality….

So Hiro’s not actually here at all. He’s in a computer generated universe that’s drawing onto his goggles and pumping into his earphones. In the lingo, this imaginary place known as the Metaverse. Hiro spends a lot of time in the Metaverse. It beats the shit out of the U-Stor-It.

The Metaverse is the convergence of the video game world, social media, and money. The new generation is in the process of a cultural revolution, Gamestonking, HODLing and mining $DOGE, worshiping meme lord Elon, and flipping NFTs.

The NFT craze is in some part about signaling status, culture, and values. But, it is more than that.

Recently, a young Degen investor who I briefly met in Taipei earlier this year bought this Bored Ape for 500 Ethereum. With today’s Ethereum exchange rate, this is over $2 million USD. 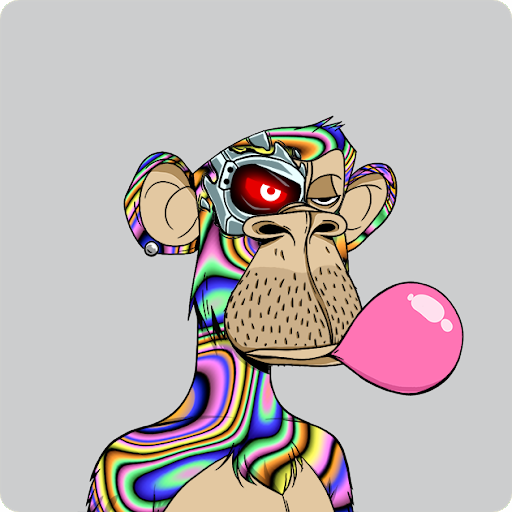 Created by BoredApeYachtClubView on OpenSea

Welcome to the Club

When you buy a Bored Ape, you’re not simply buying an avatar or a provably-rare piece of art. You are gaining membership access to a club whose benefits and offerings will increase over time. Your Bored Ape can serve as your digital identity, and open digital doors for you.

10k PFP (Profile Picture) Generative Art Projects have become all the rage, with the trend first popularized among Degens on Twitter and Clubhouse by the Cryptopunks. There are multiple new PFP projects launched daily. However, given the decentralized nature of cryptocurrencies, there are rumors and speculation that some/much of the NFT craze is also propped up by wash trading, rug pulls, pump and dump schemes, and other shenanigans. DYOR.

Regardless, this phenomenon of avatar portraits being the new flex on social media definitely seems to be here to stay. Twitter is working on NFT verification, and Collab.Land is a Discord bot that moderates access to private Discord channels. It’s only a matter of time before we have native support across Discord and other platforms. As we migrate into the Metaverse, NFTs are the passes to exclusive virtual and IRL membership clubs.

The nature of identity is evolving, and people have different social media accounts to publicly and privately express their identity. Different platforms portray different reflections of one’s identity, different audiences, and different demographics. With the real risks of getting doxxed, canceled, or otherwise attacked for upsetting someone online, the Internet is the Wild West these days.

For example, Archillect is an AI created to discover and share stimulating visual content. “She” lives across multiple social media accounts.

Governments and regulators around the world are still attempting to wrap their heads around these concepts. Generation Z are digital natives, growing up on the Internet, on social media, and inside video game worlds. They intuitively understand these concepts far more easily. So do those of us who spent decades building these worlds.

One key to understanding this phenomenon is that these avatars are a potential force for good with the democratization of identity. I was in a town hall meeting for the Cool Cats, discussing their project roadmap. The audience was full of little cartoon avatars, listening to and interacting with cats on stage.

In this environment, you couldn’t tell what race, age, gender, physical location, nationality was, or whether the identity was even human (it could be a bot). Maybe, Mike Tyson was in the room.

There was a visceral feeling of unity and a positive vibe. Part of this is probably due to the fact that the selling price of a Cool Cat NFT was roughly $35,000 at the time of that meeting. It’s a new hopeful culture, emerging from The Degeneration, discovering its own language, memes, and rules. In a time when the “adults” are playing a shitty game, maybe that’s not so bad.